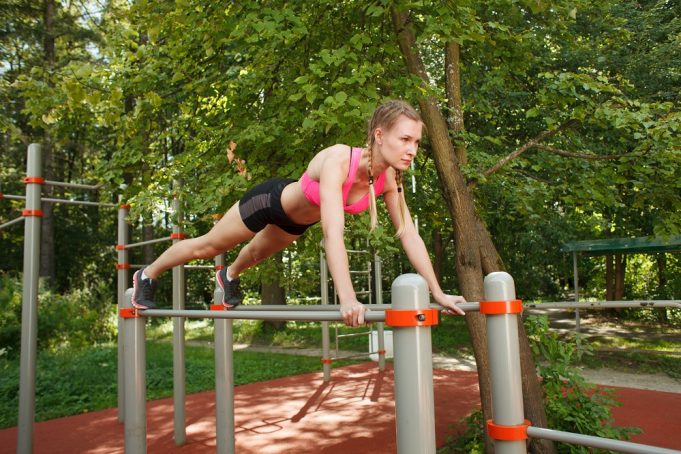 It is widely assumed that exercise is a key part of controlling one’s weight. However, there are many people who find that exercise alone has very little impact on their weight while others seem able to exercise and lose weight easily. What is going on? Well, people all respond slightly differently to exercise due to age, sex and their genetic inheritance. However, despite any difficulty in losing weight that you may have inherited, there are different forms of exercise that will definitely be able to help you lose weight. The different forms of exercise all have different effects on weight loss. Below I look at:

What is aerobic exercise? Aerobic exercise is exercise which most people can sustain for hours if properly conditioned. Heart rates are typically 55-85% of the maximum heart rate. You breathe in oxygen through your lungs at a rate which generally allows you to talk. Your heart then pumps blood containing the oxygen to your muscle fibres. As your muscle fibres contract to produce movement, they use up oxygen. The harder and faster you go, the more oxygen that you need, and as a consequence you breathe faster. As you increase your effort your muscle fibres burn up more sugars and fats to produce the energy required to make them contract. The result? You burn calories faster.

What is fat burning? Fat burning is a form of aerobic exercise that became popular in the nineties. It is basically lower intensity aerobic exercise. Heart rates are at typically 55-65% of the maximum heart rate. Unfortunately it is not the best way to remove excess fat. You actually burn more fat as you increase the effort. Although the fat burning zone burns a greater proportion of fat compared to sugar than high effort zones, the high effort zones burn both more fat and more sugar. The amount of sugar burnt increases faster than the amount of fats as you up the effort, and so you could say you enter a sugar burning zone as you go harder. However, along with the sugar you will also be burning more fat. There are many studies that have looked at the weight loss effects of aerobic exercise. Most show a small positive benefit, but one that is far less effective than modifying dietary intake. These studies have been mostly done on sedentary or obese people and involve amounts of exercise typically of between 2-4 hours per week. The truth is that if you are not intending to do more than 2-4 hours of aerobic exercise per week, then you are unlikely to lose much weight as a result, unless you also significantly modify your diet. However, that is not to say you shouldn’t do it. Most studies also show that physical and psychological health both benefit significantly from this small amount of exercise when compared to doing nothing. Larger amounts of more intensive aerobic exercise are generally more effective at achieving weight loss. The effects of larger amounts of exercise on people vary. Some are responders and others non-responders. Non-responders are thought to be people who reduce their levels of everyday activity when undertaking an exercise program, in order to compensate. In other words if you are going to treat yourself with extra food or slump in front of the TV after introducing a new exercise routine then it may well not have any effect on your weight. I have many clients who are responders, who eat more healthily when exercising a lot and who treat themselves when they are having a break from their hard exercise routines. Needless to say these clients are prone to developing a small paunch when taking it easy, but find it easy to lose the weight once they start up their exercise routines once again.

Anaerobic threshold is defined as the point during a graded exercise test at which lactate in the blood begins to accumulate faster than it can be got rid of. A fit athlete can maintain an effort at the anaerobic threshold for about 1 hour as long as the blood lactate does not continue to rise. If the intensity of exercise continues to increase from this point, as it would in a graded exercise test, then acidification occurs. This is due to the accumulation of hydrogen ions formed when the lactic acid produced in muscle is converted to lactate. The acidification soon causes a severe muscle fatigue and the intensity of exercise can no longer be maintained.

Will I lose weight?
Clearly you can burn calories quickly with intense exercise. However, you can’t maintain high intensity for long and so the total amount of calories burnt may be less than during a long aerobic workout. However it is likely that your body will remain working long after the exercise finishes, as it will need to repair itself from the muscular trauma that normally accompanies high intensity efforts. Other bodily systems are stressed as well, and these all need energy to be fully repaired. Basically anaerobic exercise is a useful weight control tool, but because of its intense nature it should be used sensibly. It is easy to over exercise and end up injured, ill or disheartened. It is important to recover from intense sessions, ideally you become fit enough to use easier exercise sessions as a recovery between the harder sessions. This way the metabolism is kept high and calories continue to be burnt faster than before.

Will I lose weight?
There are a number of studies that show resistance exercise to be effective at producing weight loss. These exercises also increase the tone of your body. If you select a good range of exercises including bodyweight exercises and exercises that challenge your balance and agility, you should find many benefits that go beyond mere weight loss and looking good. In particular a stronger more supple body is less injury prone. As a result, less time is spent injured, and exercise regimes can be kept up for longer without breaks. Breaks that can easily lead to unwanted weight gain from excess fat deposited around the body. Also it is worth remembering that the muscle strength and flexibility gained from resistance exercise can increase the efficiency of your movements and open up the possibility of new movements that can burn yet more calories.

Won’t I become too muscular?
If you are female and worried that resistance exercise or exercise with weights in particular will make you too muscular and male in appearance then think again. There are many different ways of doing weights and plenty which build strength, agility and balance without increasing muscle bulk. Most bodyweight exercises won’t bulk you up, nor will all the balance and agility exercises that you can do. Into the bargain you will find that weight training will build strength, which will help you avoid injury. It will also tone up your torso, arms and legs, reducing flabbiness, cellulite and bingo wings.

In summary
Exercise is highly beneficial to psychological health and physical health. The confidence and satisfaction gained from keeping an exercise programme going add to self esteem and very often have a positive impact on attempts to change diet. As explained above, the exercise itself is most likely to reduce your weight if you follow as many of the following points as possible: